Acland Burghley School started life as Burghley Road School in 1884 with 118 girls and 127 boys. In the new century, the 1902 Education Act established a system of publicly funded secondary education based on selection at 11 and in 1905, Burghley Senior Boys moved into a new school building in Fortess Road named Acland School (Eleanor Palmer Primary School is now on this site). Burghley Senior Girls meanwhile stayed at Burghley Road until 1931. 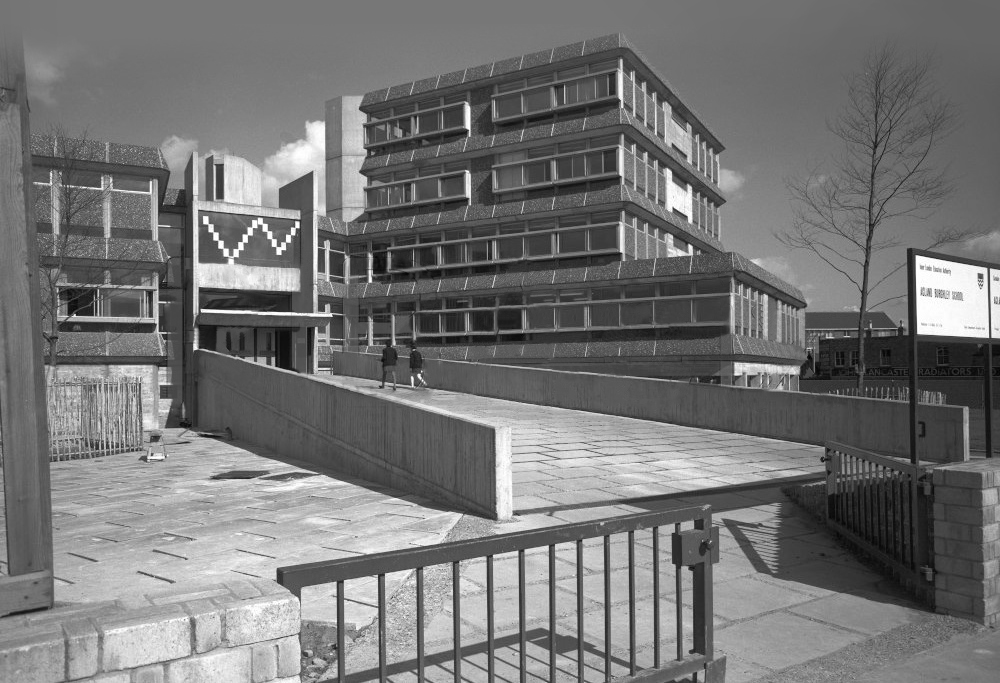 By the end of the1930s, the senior schools had been renamed Burghley Central School for Girls and Acland Central School for Boys. In 1959 Acland and Burghley were amalgamated to form a new kind of school – non-selective, mixed and for all the children of the neighbourhood. Then from 1964 to 1968, the old buildings were pulled down and the new school was built on the same site.

Read here for a full history of Acland Burghley, what was here before the school and how the school coped during the two World Wars.

During World War Two, Acland and Burghley became ‘Emergency’ schools for the children who were not evacuated and bomb shelters were built in the playgrounds.